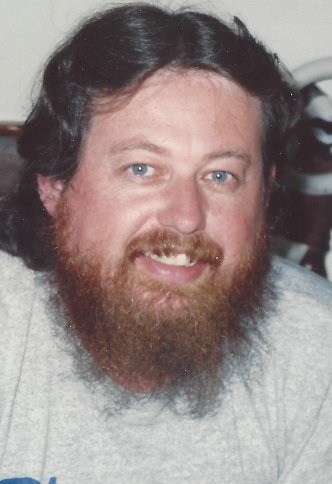 Please share a memory of Bruce to include in a keepsake book for family and friends.
View Tribute Book

He was born on May 24th, 1953 in Fort Dix, New Jersey to Bruce Forton and Theresa Anna Smith (nee Urban). He was a 1971 graduate of Woodrow Wilson High School in Camden, New Jersey. From 1971 to 1973 he served in the United States Air Force where he became a Sergeant. He went on to become a Mechanical Engineering Technologist at White Sands Missile Range, New Mexico where he worked for 26 years while living in El Paso, Texas. Jay’s life was fulfilled by his love for his family, his interest in his family history, telling stories and jokes, chatting with friends and his passion for history. He was truly a man who thrived off of life’s simplest pleasures and will be remembered for his jovial personality. Some of his favorite things: Song: Stairway To Heaven, a good pizza, actor: John Wayne (because Pop Pop liked the Cowboys), the Civil War, New Jersey, the ocean and the color blue. The most amazing thing that he saw in his life was out west.

He is survived by his three children Samuel Jacobo Smith, Eloisa Maria Smith, and Marcos Mateo Smith (Shalayna). Proud grandfather of Jacob and Mathew, Ryelee and Paloma, Exton and Eonie (born July 8th, 2019). Further survived by his mother Theresa, sisters Jackie and Joy, brothers Mark and Roger along with his nieces, nephew, other relatives and friends.

Family, friends and others whose lives Jay touched are invited to Brigadier General William C. Doyle Veterans Cemetery, 350 Province Line Road, Wrightstown, New Jersey 08562 on August 20th at 11:30 AM to honor his life.

To send flowers to the family or plant a tree in memory of Bruce Smith, please visit Tribute Store
Tuesday
20
August

Look inside to read what others have shared
Family and friends are coming together online to create a special keepsake. Every memory left on the online obituary will be automatically included in this book.
View Tribute Book

Share Your Memory of
Bruce
Upload Your Memory View All Memories
Be the first to upload a memory!
Share A Memory
Send Flowers
Plant a Tree