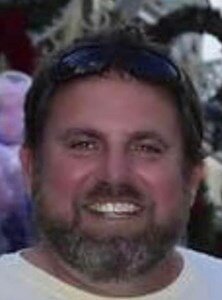 Please share a memory of David to include in a keepsake book for family and friends.
View Tribute Book
Williamson, David - 50, of Absecon, passed away, January 11, 2022, at AtlantiCare Regional Medical Center. If you knew Dave, you loved him. He was larger than life. His infectious smile and big heart would light up any room. Dave grew up in Galloway Township NJ and was a 1989 graduate of Absegami High school. From a young age, baseball was Dave's favorite sport. He played Little League and Babe Ruth in the Galloway Township Athletic Association programs and continued to play in high school and college. A baseball legend and a humble guy, few would know of Dave's accomplishments. As a freshman Varsity player, he was often a DH, crushing a ball thrown by the older guys. Dave was "Lights Out" and has a place in the Absegami Wall of Fame for a No Hitter in 1989. After an injury his freshman year at Methodist College, Dave returned home and continued to play ball in the ACBL and the Northfield Men's league. Dave shared his love of baseball by coaching baseball and softball in his hometown of Absecon. He taught everlasting lessons to his players. Everyone played, every kid mattered. Dave loved every minute and everyone in the ASAC community. He especially enjoyed the camaraderie and celebrations after the games and the membership meetings. A true professional, Dave spent the last 30 years as South Jersey's favorite bug guy. He started his career with Western Pest Control in 1991 and joined the family business, Pro Active Termite and Pest control in 2004. Dave was not a 9-5 guy; he was a jack of all trades. His days started early taking care of his family, followed by a workday that often never ended. In his spare time, he would be working on his honey do list or helping others with their "to do" list. Dave loved to fish, play corn hole, and golf. He was a proud member of Pomona Golf Club. David is predeceased by his mother Judith Williamson. Dave is survived by his wife Stephanie, their children Ally and David and dogs Jude and Hazel, His father Albert (Dianne), Mother and Father-in-law, Kathy and Brad Saveriano, brother Derek (Stacy), sister in law Patty Saveriano (Mike Rivella), brother in law Mike Saveriano (Christy), nephews Dylan and Logan Williamson and nieces Bella Saveriano and Ava Williamson. Dave was also loved by a huge extended family of aunts, uncles, cousins, and close friends that were family. Dave was One in a Million and made this world a better place. He will be deeply missed by all that had the pleasure of knowing him. A big thank you to everyone on Team Dave for all your support through this difficult time. The celebration of life scheduled for January 29, 2022 has been postponed due to weather.

Share Your Memory of
David
Upload Your Memory View All Memories
Be the first to upload a memory!
Share A Memory