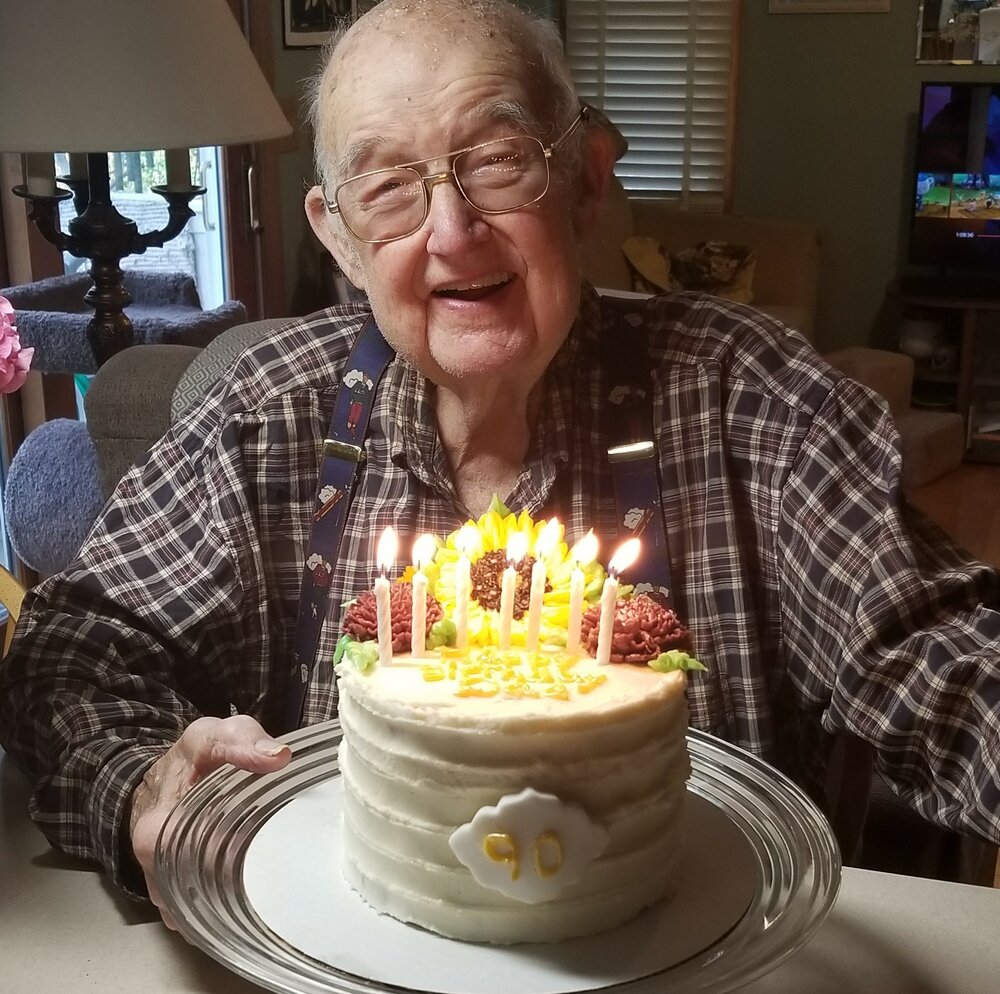 Please share a memory of Arthur to include in a keepsake book for family and friends.
View Tribute Book
Mayetta, NJ – Arthur S. Maines, Sr. 90, passed January 6, 2022 at his home. He was born April 2, 1931, in Flanders, NJ. Arthur graduated Roxbury High School. He married Mary Jane McNabb on September 13, 1958. They were married for 63 years. Arthur was a jack of all trades. He was a mason contractor, a truck driver, a salesman for Rickles and Tuckerton Lumber Co., and a chimney sweep with his own business. Arthur, Mary Jane, and their two children relocated from Budd Lake, NJ to Spray Beach, NJ in 1966. Soon after, Art joined the Long Beach Township Police Department and later made Detective before retiring in 1993. During his tenure with the police department Arthur was on their diving team. Arthur is predeceased by his parents, Edward and Grace Maines, six siblings and his son-in-law, John Boekell. He is survived by his wife, Mary Jane Maines of Mayetta, daughter, Johanna Boekell (Maines) of Mayetta, son Arthur S. Maines, Jr. and his wife, Sally, of Mayetta, his grandchildren, Stephen A. Maines of Mayetta and Theresa Foster (Boekell) and her husband Michael, of Tuckerton, and a great-grandson Jace Foster. Arthur is also survived by several nieces and nephews. Arthur served as President on the Fraternal Order of Police and was a 33rd degree Freemason of the Masonic Lodge. In the 1970’s the Maines Family bought property in Rathbone, NY. Art built and maintained a cabin on the property that he enjoyed visiting frequently for decades. Art was quite the storyteller and jokester. He would often say that “If I don’t know it, I’ll make it up!” He could always be found working outside, he loved mind puzzles and was interested in religious history having traveled to Israel on three separate occasions for archaeological digs. He was also a great lover of all animals with an affinity toward cats. He would never allow a cat to go cold or hungry, taking in many strays and even bringing them home under his coat. There will be no services held as he would like to be remembered as he was. Donations in Arthur’s name can be made to the Friends of Southern Ocean County Animal Shelter in Manahawkin, NJ.

Share Your Memory of
Arthur
Upload Your Memory View All Memories
Be the first to upload a memory!
Share A Memory