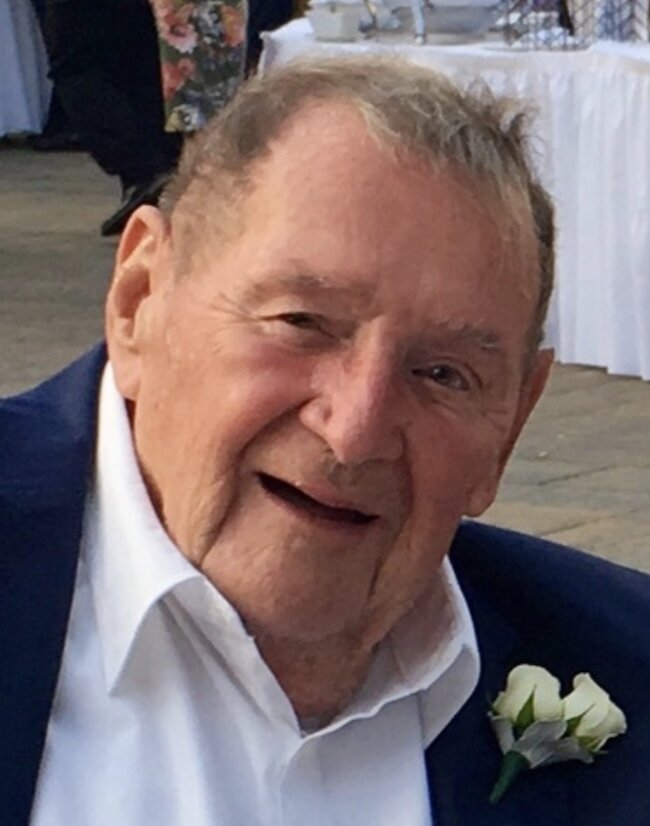 Please share a memory of Donald to include in a keepsake book for family and friends.
View Tribute Book
Donald Ernest Harrop, MD passed away peacefully on November 16, 2021, at the age of 92. The second son of Edgar and Louise Harrop, he was born on February 15, 1929, in Phoenixville, PA where he was raised and lived most of his life. He graduated from Phoenixville High School in 1946 and then attended the University of Pennsylvania where he graduated with his medical degree in 1954. Don did his medical internship at Phoenixville Hospital where he met his wife of 64 years, Joan Slemmer, who proceeded him in death on November 16, 2019. He enlisted in the United States Army and served as a captain from 1955-1957 in Landstuhl, Germany. After his discharge, Don returned to Phoenixville and opened his general medical practice at their home at 750 South Main Street. He practiced there from 1957 until his retirement in 1990. Don always took an active interest in his community and his love of general medicine. He volunteered as a physician for the PHS football team and could be seen on the sidelines at every game. He was the first physician elected coroner in Chester County and served in that position from 1966 until 1990. He served as president of the International Coroner’s Society from 1983-1984. He was elected president of the Pennsylvania Medical Society and served in that position from 1987-1988. He was one of the founders of the Pennsylvania Medical Society Liabilities Insurance Company and began the Keystone Peer Review Organization, where he served as chairman. His love of the written word and libraries is memorialized in the Phoenixville Library, where there is a room dedicated to him and his complete collection of Sports Illustrated. In 1990, Don and Joan retired to Long Beach Island, NJ where he resided until his death. He founded the Dunes Association, a neighborhood organization dedicated to protecting this small community area. Don will always be remembered on Dune Lane for his early trips to Wawa for the paper and his afternoon walks to the beach to sit on the bench and visit with all the neighbors. His knowledge of the history of The Dunes will be missed. Don is survived by his five children; Louise Strack, Dorothy (David Kievit) Harrop, Donald (Jenny) Harrop, Jr., Ted (Cheryl) Harrop and Mary (Stefan Reheis) Harrop; seven grandchildren and sister, Helen Harrop. As per his wishes, Don was cremated, and his ashes will be strewn in the ocean off the Jersey shore. A celebration of life is being planned. In lieu of flowers, Don would be most honored if you donate to your favorite charity. Polhemus Cremation Services are overseeing the arrangements.

Share Your Memory of
Donald
Upload Your Memory View All Memories
Be the first to upload a memory!
Share A Memory