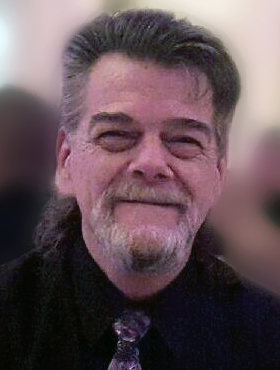 Please share a memory of Howard to include in a keepsake book for family and friends.
View Tribute Book
Howard Paul Butch Gathright 72, of Waretown New Jersey passed away Thursday October 14, 2021 at Jersey Shore Medical Center in Neptune, New Jersey. He was born December 10, 1948 in Lambert, Mississippi. He is the son of Lloyd Gathright and the late Jessie Gathright. He grew up in Long Branch, and attended Long Branch High school. He joined the army and served his country from 1969 to 1972. He attended Newark Manpower Training Skills Center for welding, and later trained to drive a tractor trailer. Butch worked in his small trucking for twenty years, and then worked as a shift supervisor in the Rite Aid Corporation for thirteen years. He and his wife Jane worked together in their stained glass business, Stained Glass Stylists, Route 9, Waretown, New Jersey for the last twenty six years. They had recently celebrated their 54th wedding anniversary. Butch is also a member of the Mariners Lodge 150 in Barnegat, New Jersey. Butch is survived by his wife, Jane of Waretown, his father Lloyd Gathright of Oregon, his two sons Howard of Pennsylvania, and Michael of North Carolina. He has eight grandchildren and five great grandchildren. He also has a nephew John Pappas, and niece Lee Pappas. He is preceded in death by his beloved mother Jessie Gathright, and his sister Donna Pappas. Butch loved his family and friends, and was always ready to give a helping hand to those in need of anything. He had a quick wit, and a wonderful sense of humor making people laugh and see the lighter side of life. He was very positive and inspired people by sharing his philosophies . Whenever someone would ask him how he was he always answered “I never had a bad day.” He will truly be missed.

Share Your Memory of
Howard
Upload Your Memory View All Memories
Be the first to upload a memory!
Share A Memory