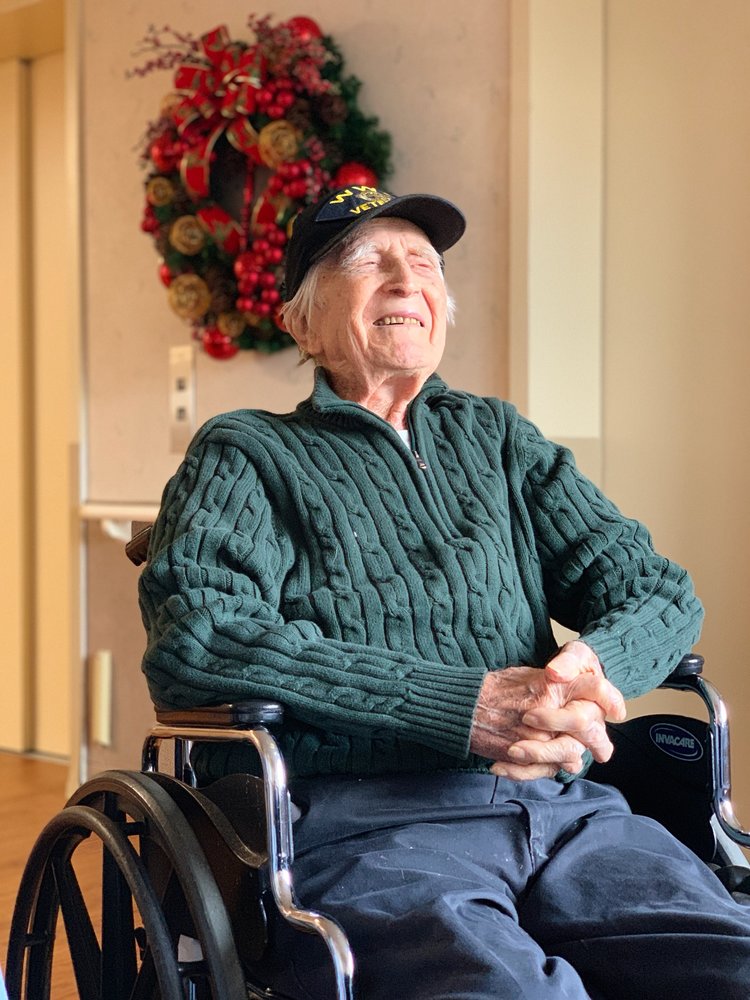 Please share a memory of Henry to include in a keepsake book for family and friends.
View Tribute Book
Henry Biernat 4/19/1919 - 7/7/2021 Henry passed away at age 102 at Seacrest Village, Little Egg Harbor, NJ. Originally from Detroit, Michigan, he was the 7th of 10 children born to Albert Biernat and Anna Kalman Biernat. He was preceded in death by all 8 brothers and 1 sister. He leaves numerous nephews and nieces. He came to Long Beach Island during WW II and served with the US Coast Guard there. He patrolled the island and saved several people during the Nor'easter of 1942, which he received an accommodation for. He was later assigned to the USS General Black troop transport as a Gunner's Mate 1st Class. After honorably serving his country, he settled on Long Beach Island and married his late wife Alicia Barber of Manahawkin, NJ. He is survived by his 2 children Susan Biernat Leddy of Portland, OR and Paul Biernat of Little Egg Harbor NJ. He had 4 grandchildren, Jennifer Willow Murphy, Chandalar Leddy, Maryse Biernat, and Jason Biernat. He had 5 great-grandchildren and 5 great-great-grandchildren. Henry had a wonderful sense of humor and was the "life of the party". He was known for his numerous stories, sayings, and songs that he regaled to everyone. He was a loving father, grandfather, and uncle. He was a good man and will be missed.

Share Your Memory of
Henry
Upload Your Memory View All Memories
Be the first to upload a memory!
Share A Memory