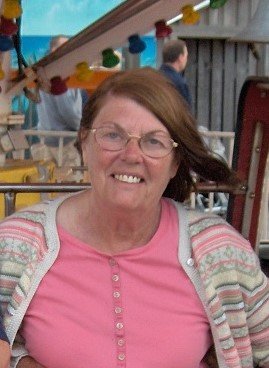 Gayle passed away suddenly on March 30, 2021 at the age of 85. She was raised in Spring Lake and Asbury Park, graduated from APHS (Class of 1953) and attended Averett College in Virginia. During her 25-year marriage, she and her husband lived in Great Britain, the Caribbean (Tortola), Mexico, Los Angeles and San Francisco. She spent years in North Carolina after her marriage ended, returning to New Jersey in the early 1990’s and spending her last years in Tuckerton. She was predeceased by her parents, Eleanor Estelle Borden and Howard S. Borden, Sr., her siblings, Eleanor Jane MacDowell and Howard S. Borden, Jr., and her nephew Andrew Borden. She is survived by her beloved friend, John Slawson, her sister-in-law, Lois Borden, and her nephews, Eric and Ian Borden, her niece, Leslie Brennan, and their families. Gayle loved going to and working in amusement parks, including Jubilee Park in NC, the Seaside Heights Boardwalk and Six Flags Great Adventure, which capped an interesting life. At her request, services were private.

Share Your Memory of
Gayle
Upload Your Memory View All Memories
Be the first to upload a memory!
Share A Memory