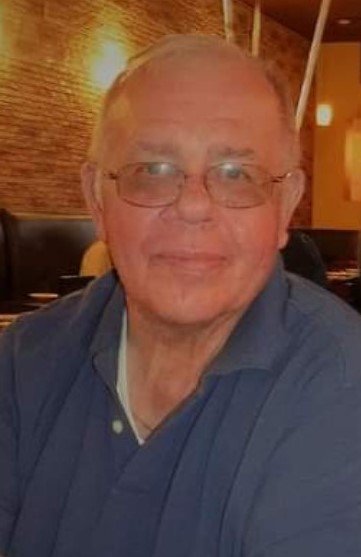 Please share a memory of Daniel to include in a keepsake book for family and friends.
View Tribute Book
Daniel Hark passed away on 1/2/2021 in Tuckerton, NJ at the age of 73 after a short illness. He was born 9/16/47 in Queens NY and raised his family in Nutley NJ. He was preceded in death by his son Christopher T Hark. Survived by his wife of 51 years, Alice Sokolski Hark. Brother & Sister in law William & Eileen Hark His children Daniel & his wife Jennifer Hark. Denise & wife Julie Collins , Deborah Hark & Daughter in Law Daisy Medina. He also leaves behind four grandchildren Katelyn, Kelsey, Lily and Luke Danny was a man who never met a stranger he didn't like and would give the shirt off his back even if he didn't have one for himself. He knew how to crack a joke in the most intense moments in order to calm the situation. He loved his family and friends with his whole heart and would do anything for them. He lived to laugh, play cards and never went to a party he didn't like. He loved the ocean and Atlantic City which he called his "Oz." He taught all the children he coached the love for baseball and that it's not important that you won or lost but that you had fun. He finally gave into the endless amount of animals that were constantly snuck into the house by his children & his wife with a shake of his head and a smile. He pronounced oil as "erl" and would always elicit a laugh when he asked "did you put erl in the car." Danny was a simple man yet knew all the right things to say. He was proud of his career at the phone company in New York City and would tell many stories about it. He was a "blue collar" man that carried much pride in what he did, yet he was humble. He never needed fame nor glory. He was on the scene during the 9/11 clean up ,working on communications restoration and all he would speak of was how great the First Responders and Red Cross were. He never thought of himself as one of those special or essential people, but he was. The world lost a kind man. In lieu of flowers please donate to St Judes Children’s Hospital or Mia's Mafia an animal rescue organization

Share Your Memory of
Daniel
Upload Your Memory View All Memories
Be the first to upload a memory!
Share A Memory