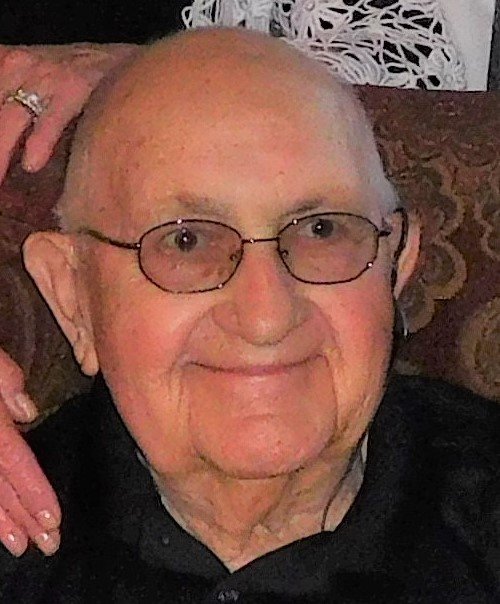 Please share a memory of Anthony to include in a keepsake book for family and friends.
View Tribute Book
On Monday, October 12 Anthony J. Magini of Little Egg Harbor passed away at the age of 92 after a long, hard battle with cancer. He was born in Phillipsburg, NJ, graduated from Phillipsburg High School and entered the army and was stationed in Germany. When he returned from the service he married Dorothy Evert, had two daughters and spent most of his life there until he retired from Ingersoll Rand, where he was a pump tester for 40 years. He and Dorothy then moved to Leesburg, Florida, where they lived for 15 years before the passing of Dorothy. He is survived by his daughters, Jeanne Boyle of Little Egg Harbor and Barbara Ferlanie of Henderson, Nevada. He was predeceased by his loving wife, Dorothy, his brother, James, and sisters Mary Rovi, and Francis Lansche. Family was his most cherished gift. He was the proud grandfather of Nicole Ferlanie, Jessica Czeczuga (and husband, Josh), Rebecca Shive, and James Boyle III. He was also gifted with 5 great grandchildren: Cassidy and Emily Cutter, Maya, Emme, and Darin Czeczuga. He also had many nieces and nephews. He was proud to be an Italian American and a veteran of the army. He was a member of the American Legion for 60 years. He loved golf, history, sports, politics and cooking. He enjoyed spending time with his friends. He left an indelible mark in the lives of everyone he met. He will be forever in the hearts of those who knew him. In lieu of flowers, donations in Anthony’s name can be made to St. Jude’s Hospital. Online: www.stjude.org or by mail 501 St. Jude Place, Memphis, TN 38105 There will be a mass of remembrance at 10 am at St. Philip and St. James Church, South Main Street, Phillipsburg, NJ with internment after at St. Philip and St. James Cemetery on Thursday, October 22, 2020 which would have been his 93rd birthday.

Share Your Memory of
Anthony
Upload Your Memory View All Memories
Be the first to upload a memory!
Share A Memory