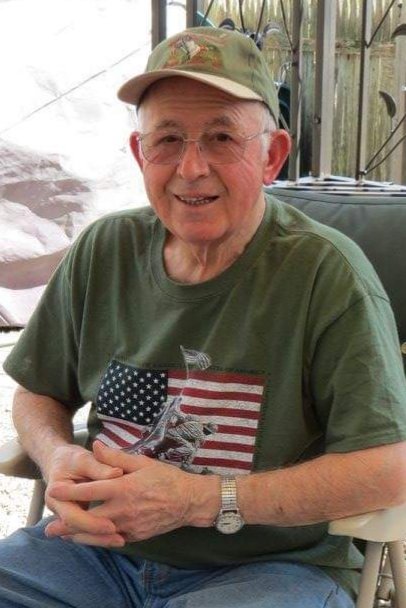 Please share a memory of Eugene to include in a keepsake book for family and friends.
View Tribute Book
Eugene Vas, 82, passed away on June 6, 2020 at his home surrounded by his family. Born in Hungary, Eugene left Europe at a young age to start a new life in America and eventually settled in Parkertown, NJ. He was a carpenter for most of his life and a member of the United Brotherhood of Carpenters & Joiners of America. His hobbies included camping, travel, woodworking, Hungarian dances, and spending time with his grandsons. Eugene was happily married for 54 years to his surviving wife, Irene Vas (nee Szabo). He is also survived by his daughters, Missy Tindall and her husband Bill, of Parkertown, NJ, Lisa Capobianco and her husband, Rocky, of Thousand Oaks, CA, along with his four grandchildren William (and wife Rachael) and Corey Tindall, Nicholas and Christopher Capobianco. He also leaves behind his brothers Laszlo Vass (and wife Dolly), of Little Egg Harbor, NJ, Kalman Vas of Barnegat, NJ, sisters Marika Dora and Terus Szucs, both of Hungary, and many nieces and nephews. A memorial service will take place at a later date. In lieu of flowers, the family has requested donations be sent to St. Jude Children’s Research Hospital, 262 Danny Thomas Pl, Memphis, TN 38105 in memory of Eugene Vas.

Share Your Memory of
Eugene
Upload Your Memory View All Memories
Be the first to upload a memory!
Share A Memory