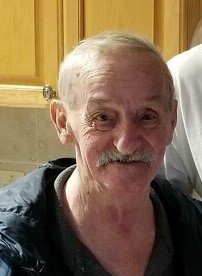 Please share a memory of Gerardo to include in a keepsake book for family and friends.
View Tribute Book
Gerardo Esposito of Toms River, Formerly of Tuckerton and Manville, passed away on May 9, 2020. Gerardo was born in Angri, Italy on October 26, 1936. He emigrated to the United States with his brother Alfonzo in 1953. Gerardo was a long time Tailor with his own shop in Westfield, European Tailors, before retiring to Tuckerton in 1988. He moved to Toms River to be closer to family in 2017. Gerardo is survived by his wife, Mary, his son John, his two daughters, Lisa (Hank) Nissel, Dina (Tod) Brickey. His 4 stepdaughters, Carol Taylor, Wendy Essex, Judy (John) Moorhead, Joyce (Massimo) DiSorco, and his stepson Bill Taylor. He is also survived by His grandchildren Colby, John Jr., Meghan, Natalie and Isabella. In lieu of these quarantine times, there will be no funeral services. Interment will be at Ocean Memorial Park in Toms River.

Share Your Memory of
Gerardo
Upload Your Memory View All Memories
Be the first to upload a memory!
Share A Memory