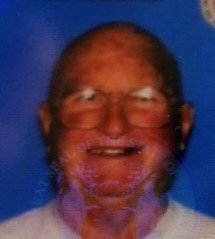 Please share a memory of Charles to include in a keepsake book for family and friends.
View Tribute Book
Charles R. Hettinger "Chuck", 92, of Little Egg Harbor Twp. N.J. passed away peacefully at home on Jan. 23, 2020. He was born in Philadelphia on June 16, 1927 and at the age of 17 he entered into the U.S. Navy and served on the USS Essex aircraft carrier during the Asiatic-Pacific Area Campaign. He was honored with 3 medals, WWII Victory, American Campaign & the Asiatic Pacific Campaign medals. He left with an honorable discharge on July 23, 1946. After leaving the Navy he became a Philadelphia Fireman until he retired in 1970 after which time he worked for Sears & Roebuck Co. both in Philadelphia and New Jersey. Chuck was predeceased by his wife of 60 yrs. Dorothy J. Hettinger; his parents Charles and Catherine; his brothers Jack, Bill, Rich and his sister Betty Green. He is survived by sons Mark and Timothy, his daughter Charlene Smith and husband Robert, granddaughters Danielle Rose-Grisham and husband Rich, Nicole Rose-Montag and husband Bill, great grandchildren Leo Grisham, Sophia Montag and Grace Montag. Chuck will be cremated and services and internment will be held at a later date at Brig. General William C. Doyle Veterans Cemetery (Arneytown).
To plant a beautiful memorial tree in memory of Charles Hettinger, please visit our Tree Store

Share Your Memory of
Charles
Upload Your Memory View All Memories
Be the first to upload a memory!
Share A Memory
Plant a Tree