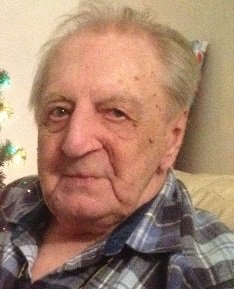 Obituary of Albert B. Rheiner Jr.

Please share a memory of Albert to include in a keepsake book for family and friends.
View Tribute Book

Albert B. Rheiner Jr. 93 of Tuckerton N.J. (born in Philadelphia) left this earth August 18, 2019 in search of THE better place after a very short illness. He lived as he died, HIS WAY! Son of Albert Sr., and Helen (Shea) of Philadelphia. Predeceased by his beloved sister Lorraine Tanenbaum , Son Albert, and his Spanish-eyed bride Teresa Dempsey.

He is survived by Son Harvey (Daughter in law Michelle), Grandchildren, Cassy, Nathan, Kaitlin, Jarred, and Ciara. Great grandchildren Hayden, Kira , Liliana , and Autumn. A special mention to three of his children who were adopted at a young age Nanette, Michael, and Albert. He may have lost you, but he never forgot you!

Although born with a bad leg and unable to enlist into a branch of the military during WWII, he was determined to help the war effort, and so joined the Merchant Marines in 1943 at the age of 16 (by lying about his age). He proudly served as a Merchant Seaman for 40 years. He literally went around the world and had incredible stories to tell. Anyone around him always got a good laugh from his old school outlooks and mannerism. Particularly funny were his inebriated tales that usually ended with him landing himself in a jail cell somewhere overseas. Or, as he called it’ the “hoosegow”. In 1990 he was recognized for his active service during World War II, received veteran status, and was given an Honorable Discharge by the U.S. Coast Guard.

He had fond memories of growing-up on the streets of Philly playing stick ball, frequenting dance halls, going to roller skating rinks…and also of spending summers in Island Heights with his Grandparents living like “Huckleberry Finn”. He selflessly took care of his mother for two years who had lost her legs to Diabetes and needed in-home dialysis. The most precious thing in his life was his family. He started “living well” in his 50’s and became known as Dr. Al to many. He was all about vitamins and supplements as a cure all. At age 93 he had no medical conditions and took no medications!! He lived in Ocean City for many years and would always purchase Boardwalk Amusement Park tickets for his grandkids every summer. He had a special affinity for Shriner’s Hospitals for Children (which enabled him to walk), the Paralyzed Veterans of America, and St. Joseph’s Indian School, all of which he donated graciously to for numerous years.

He has planned for his own demise for at least 20 years and had many bulleted lists of step by step instructions. He revised them often. He believed the human body was simply a vehicle and the soul was all that truly mattered. He chose Cremation with his ashes to be scattered at Sea. We will be doing so in November 2019.

Please offer up a small prayer that he is reunited with his love ones lost, and that we may all be together  again someday!

Look inside to read what others have shared
Family and friends are coming together online to create a special keepsake. Every memory left on the online obituary will be automatically included in this book.
View Tribute Book
Services for Albert Rheiner Jr.
There are no events scheduled. You can still show your support by planting a tree in memory of Albert Rheiner Jr..
Plant a tree in memory of Albert

Share Your Memory of
Albert
Upload Your Memory View All Memories
Be the first to upload a memory!
Share A Memory
Plant a Tree